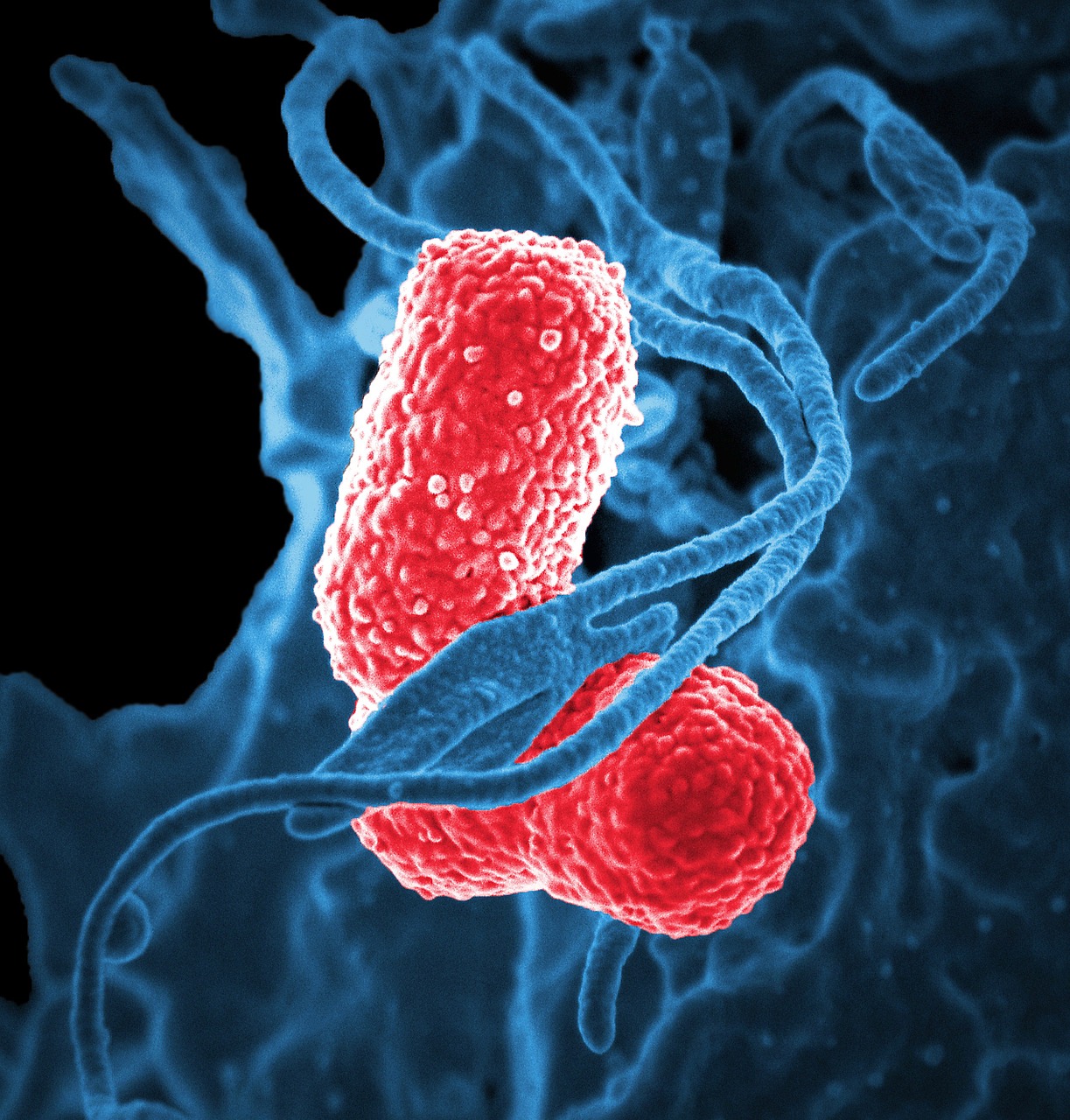 The Market for Antibiotics

The world market for antibiotics and antifungals topped the $25 billion mark in 2005 and is expected to reach $40 billion over the decade ending in 2015. While the overall market is expanding, advanced geographical areas like Europe, Japan and North America are likely to face a downturn. Antibiotic resistance is impacting the attitude of medical doctors, consequently reducing consumption. Demand for antibacterials is increasing since the rise in elderly has contributed to the rise and seriousness of bacterial infections. It is disheartening to realize that one fifth of the patients suffer from hospital-acquired infections causing in the United States alone an estimated 90,000 fatalities each year. The loss of overall revenue does not imply that there is also a loss of volume. Several blockbuster patents expire and branded medication will be replaced by generic products at a fraction of the cost. This will have a great impact on the 14 products with sales in excess of more than one billion dollars. Anti-bacterial products have penetrated a broad range of business sectors including food preservation, water treatment, oil and gas, agriculture, and even consumer products. This biocide market increased at double digit rates for years. The avian flu health scares in 2009 pushed the business past the $10 billion dollar mark. This growth is not only due to a rise in demand, there is also a shift towards more expensive bacterial control agents. The substitution of harsh chemistry like gas chlorination by less This article introduces innovations in bacterial controls that shape The Blue Economy, which is known as ZERIʼs philosophy in action. This article is of part of a broad effort by the author and the designer of the Blue Economy to stimulate open source entrepreneurship, competitiveness and employment. For more information about the origin of ZERI damaging biocides is expected to contribute to an overall rise in sales. These trends are compounded by a sector challenged by biofilm formation resistant to established treatments that have been the standard on the market. Powerful bacteria reduce the efficiency of both bactericides and antibiotics. Consumer goods like mouth wash, deodorants, soaps, cleaners, even chopsticks and toys are laced with bacterial control agents. One of the main chemicals used is triclosan. Many scientists are worried that the overuse of these formulations is likely to stimulate fast mutations of bacteria which will develop further resistance. Scientists at the St. Jude Childrens’ Hospital in Memphis, Tennessee (USA) were able to grow triclosan-resistant bugs in their laboratory in only two days.

Vinegar and baking soda are ideal off-the-shelf cleaners that control bacteria. A simple twenty to thirty second hand wash in hot water combined with a good scrub keeps the family safe and clean. The main challenge is not the control of single bacteria that could stick to our skin, but rather the control of biofilm. Biofilms are dense colonies of bacterial cells that surround themselves in a thick protective layer. When bacteria colonize their host then they are 10 to 1,000 fold more resistant to antibiotics and bactericides. The US National Institute of Health (NIH) estimates that over 80 percent of all bacterial infections in humans have a significant biofilm component. Peter Steinberg and Staffan Kjelleberg, both professor at the University of New South Wales (UNSW), noted while diving off the coast in Southern Australia that a red seaweed (Delicea pulchra) was not colonized by bacteria. The ocean is “a soup of bacteria”. If the seaweed would have reverted to killing colonizers with the same fervor as humans apply chemicals, then they would have killed themselves first. Peter and Staffan realized that the seaweed practically speaking jams the communications amongst the bacteria. Scientist refer to this as the Quorum Sensing Inhibitor (QSI) chemistry. If bacteria cannot communicate with each other, then it is impossible to coordinate, let alone control or event take over the host. They went on to patent the defense mechanism developed over millions of years. While working at the UNSW the team succeeded in producing synthetic analogues that demonstrated high efficacy. Better, they have proven that this “deafness” can be induced amongst a wide range of bacteria, and can even inhibit the growth of fungi. The greatest advantage of their innovation is that tests confirmed that the product is safe, while there is no risk that the use of the analogue would increase bacterial resistance. The identification of this mechanism may revolutionize the way bactericides are used in agriculture in general and food processing in particular, consumer products, industry, water treatment, medical devices and therapeutics. A new era of anti-bacterials has started. The killing spree may finally come to an end.

The inventors and UNSW created in 1999 Biosignal, raised money and 80 percent of its budget was dedicated to research activities. While the company received interest from the private sector, it had to overcome the challenge of registering a new chemical compound, an expensive endeavor. Even when this analogue is based on a natural recipe, the cost of registration exceeded the capital raised. While the company struggled to enter the next phase, the patent portfolio positions this breakthrough for markets and applications with a limited registration process. This implies that the first applications cannot have any direct contact with humans or food. An interesting first field is the cut flower business. Bacteria quickly infest harvested flowers and affect their beauty and freshness. The extension of the life of ornamental flowers using the QSI would increase their competitiveness and price. The oil and gas industry has expressed special interest in controlling biofilm in their pipelines. Microbial induced corrosion (MIC) is the main cause of the environmental disaster in Alaska in 2006, when bacteria ate their way through the metals. The use of traditional bactericides and the regular scraping of the inside of the pipelines could not control the onslaught of biofilms. MIC could be controlled by the seaweed analogue, and tests have confirmed this.

There is a wide range of applications. One could imagine at least five separate companies pursuing different uses of the broad patent protection. While initial tests have indicated that the QSI chemistry could control cystic fibrosis and tuberculosis, it would take at least a decade before this specific application could be available on the market. The control of bacterial infections in medical devices is another long term opportunity. This is of special value for catheters, especially urinary catheters with an estimated 30 percent of patients suffering from infections due to the use of the catheder. This additional treatment costs $25,000 per patient, an excessive stress on the stretched government budgets. However, QSI could not only treat existing infections, more importantly it could prevent biofilm from ever colonizing the host in the first place. This is a logic taught to us by the red seaweed: prevention is better than remediation. QSI could emerge as an interesting alternative to silver which has been increasingly adopted in industry. Silver has been used for hundreds of years and has proven attractive for manufacturers since this precious metal is not tightly controlled by regulators, and subsequent approval procedures. The downside is its high and increasing cost. In addition, silver has failed to demonstrate significant improvements in clinical outcome. The wide application for example in the ceramic toilet bowl coating already represents for INAX, a leading Japanese producer 5 tons of silver per year. Maybe the greatest interest could come from consumer applications where the producers are increasingly aware of bacterial resistance, and their preparedness to pay a higher price. Maybe the next deodorant, toothpaste and mouthwash is based on seaweed extracts. The red color would provide a distinct brand image. The first tests by Unilever confirmed its effectiveness for controlling body odor. The missing link is the registration of the innovative molecule. An opportunity for investors and it seems that companies like Unilever are amongst the first to put their money where their mouth is.