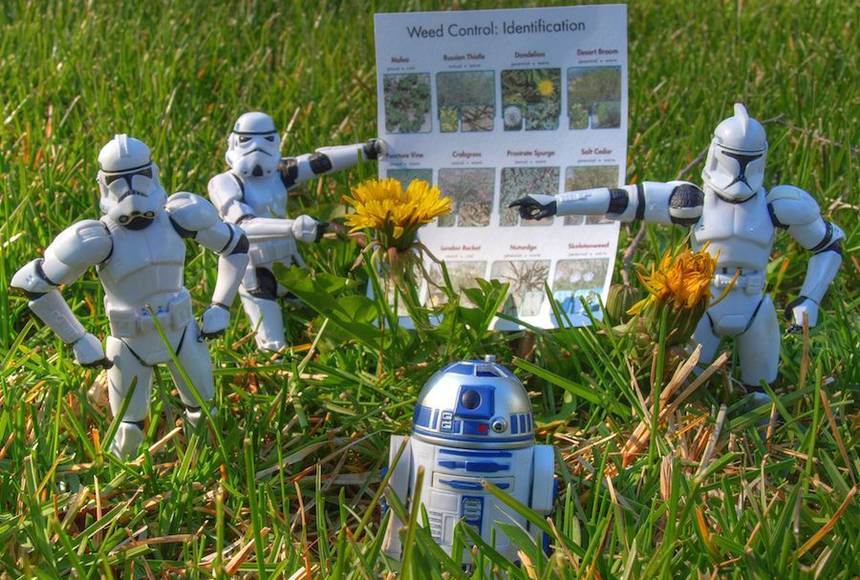 The world market for pesticides, fungicides and herbicides has been hovering around $40 billion for the past decade. Whereas the growth in herbicides increased +10 percent per year, the sales of pesticides dropped by 15 percent. The market in the Northern Hemisphere (USA, Europe, and Japan) concentrates approximately 80 percent in herbicides, while in the developing world with a more tropical environment, sales are distributed equally between pesticides and herbicides. With 31.7 percent, the European market is the largest in the world, good for 12.8 billion dollars in sales, followed by Asia that outpaces North America. Herbicides represent the largest category with nearly 19 billion dollars in sales. Contrary to common belief, the US is a relatively small consumer. However this may be the result of a vast penetration of GMO crops. There are an estimated 500 different active chemical substances that have been reformulated in approximately 2,700 specialty products. France is the largest consumer of phyto-sanitary products in Europe and only ranks third in the world after the US and Japan. Roundup as an individual brand, produced by Monsanto stands out in sales worldwide. Most GMO’s are designed to work with a specific herbicide. Ever since GMO soy has been introduced in the US, the sales of Roundup has increased with 72 percent to reach nearly three billion dollars in 2010, providing approximately 300 million dollars to profit.

R&D costs have risen and are expected to rise as regulatory requirements for safer agrochemicals increase. Biotechnology is also encroaching on the chemical solutions that have dominated since the early 1950s. Genetic engineering involves amongst others the making of plants resistant to herbicides. This strategy allows companies to control the market for specific crops, such as Monsanto’s pairing of Roundup as a herbicide, and Roundup-tolerant soybeans, making money on selling the chemical controls and the seeds. American Cyanamid pursued the same strategy developing herbicide-tolerant varieties of wheat, the largest agricultural crop in the world. There are only a few researchers who opt for innovations based on allelopathy, the study of natural herbicides such as those produced by walnut trees. By Gunter Pauli Jonas Carlsson, the managing director of JCS Europe AB, a Swedish company dedicated to innovations in agricultural machinery, has been focusing on organic farming for over a decade. As an organic farmer he resisted the application of herbicides while struggling to control thistles which mount each spring a long and arduous battle. Jonas studied the physical differences between his crops and the weed, searching for a solution independent of chemicals, and free of genetic controls. He imagined sensing blades to control weeds in various crops. Unlike a mowing machine, which would eliminate all vegetation, he designed fixed blades that comb for weeds based on the physiological difference of unwanted plants and the growing young crops. Jonas found it strange that no one stumbled upon the idea to exploit the form, shape and texture of weeds. Jonas imagined a cutting system that removes the thistle after its leaves covered the soil. For three years, he tested and tried his ideas in cooperation with JTI (The Swedish Institute for Agricultural and Environmental Engineering), built a prototype and obtained a patent for 32 countries. SLU (The Swedish Agricultural University) located in Uppsala, tested the machinery pulled by tractor with remarkable success. One of the core principles of The Blue Economy is to apply innovations that first and foremost rely on physics. The traditional use of chemicals, and the biotechnology based genetic modifications, are outsmarted by the identification of the form and shape of weeds, permitting a very labor efficient control. This renders organic farming more productive.

Jonas went on to test his Weedcutter for various applications. Of course, his first target was to win the fight against thistles. The machine is lowered down into the growing crop and searches for weeds. The driving speed reaches up to 10 km/hr and the working height can be adjusted to the surface. The blade is simple and has no moving parts. The only revolving component is a brush that prevents clogging. It is driven by a hydraulic motor. The technology is only mechanical, providing a high level of reliability. During Spring 2010, the first machines went on sale and whereas the clients were limited to Sweden, the increase in productivity was measured not only by the elimination of chemicals, it demonstrated that the use of the Weedcutter reduces the need for tilling, which consumes time and energy.

It is the first time that farmers are offered an alternative to chemical controls and genetic modifications. A combined sale of chemical and genetic controls is raising many doubts about the long term impact of these changes to the ecosystems. However, now that occupational exposure to herbicides (paraquat) increases the risk of Parkinson’s disease, and that an additive to Roundup (adjuvants) kills cells in vitro, the regulatory authorities are much more reluctant to approve their use. The days that spray-on herbicides could be advertised for sale as safer than table salt and practically non-toxic to animals are definitely over. Both Monsanto and Dow AgroSciences have been forced to change their claims after tests have proven the opposite. This creates a wide and new platform for the sale of farm equipment, as opposed to a struggling market for chemicals, with a broad reluctance from the public. There is one major advantage within the mechanical approach pioneered by Jonas Carlsson: Instead of having an aggressive product that serves all, it requires over time the development of a series of cutters that target specific weeds. Whereas the chemical and biotech solutions are driven by a few multinationals, this mechanical solution stimulates entrepreneurship. This unveils a second successful strategy: adjust to the local market, and tailor the solutions to weeds that need to be removed. Since Jonas reduces costs, reduces the carbon footprint and increases labor productivity, we may wonder what the next job generation may be? It seems that this simple breakthrough will cause further job losses in the chemical industries, already struggling to adjust to the new market conditions with announced lay-offs. The locally adapted machines, that can be attached to any tractor, may well offer the new competitive edge to local entrepreneurs, generating few jobs but securing a healthier environment.