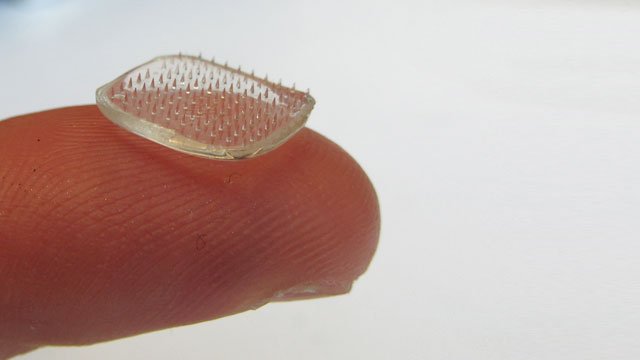 The syringe with a needle is the most sold medical device in the world. An estimated 12 billion units are consumed annually, with a market value of approximately 2.5 billion dollars. It has been estimated that 70 percent of all syringes and needles are used for the administration of insulin. Therefore, the market is expected to continue to grow at a steady pace for decades to come as the number of diabetic patients is expected to expand from 285 million in 2010 to 438 million by 2030. India, with 50.8 million has the world’s largest diabetes population, China follows with 43.2 million. In addition to the dramatic rise in diabetes, the market will expand due to a relentless shift towards disposable syringes to eliminate the risk of contamination. The US market represents today the largest market in the world with 6 billion units annually. The day that all Chinese and Indian patients have been diagnosed and are treated, these two markets alone will require 38 billion needles a year! The expanded use of disposable medical equipment and devices leads to the generation each year of an estimated 3.2 million tons of medical waste. The syringes with needles represent the largest category in units, but perhaps the smallest in weight. These used needles represent a major health risk with an estimated one million body injuries each year and on the rise. This has resulted in the development of safety systems whereby the needles retract after use. The cost of disposable needles has plunged to 10 cents a unit for a standard one, 25 cents for an ultra fine needle, and the most expensive could cost as much as 40 cents a piece. This high volume and globally standardized product permitted a few companies to lead. Becton-Dickinson (USA), Terumo (Japan) and B. Braun Melsungen (Germany) are the biggest producers with a production capacity in excess of 2 billion units annually. These major players have perfected the core business approach, the supply chain management resulting into an ever lower unit price.

The introduction of safety needles represented a key breakthrough a decade ago. The higher cost associated with safety has been absorbed by insurance systems worldwide. However, the greatest challenge to the medical profession in general and the medical device manufacturers in particular is the phenomena known as “needle phobia”. This medical condition affects more than 10 percent of the world’s population. The scare of the needle is so high, that the patients avoid medical care. Based on the rule of thumb, many more people die from not seeking treatment because of their needle phobia, then people die of the body injuries from needles. One of the recent innovations to overcome this phobia is the vibrating needle whereby minute drilling movements, or the addition of special coatings to the tip, reduce the pain. Masayuki Okano, the president of Okano Kogyo Corporation, a small metalwork company from Japan had always wondered how come that the mosquito can push its proboscis painlessly into our skin, even hardly provoking a reaction when the blood sucking starts. He and his friends at Terumo Corporation (Japan) realized that the proboscis is not cylindrical – as needles typically are – but rather conical. Whereas scientists and production engineers claimed that the conical shape would certainly slow down the injection, and second reduce production efficiency, Okano-san proved them wrong on both counts. The tapering of the injection needle, both on the inside and the outside, quasi forcing the liquid medicine to flow like a vortex, permits the fast and effective administration as any other needle. And, to everyone’s surprise – but not to Okano-san’s, this needle causes no pain. This innovation is based on geometry, and replaces the application of local anesthesia prior to inserting a needle. The substitution of chemistry (or metallurgy in the case of coatings) by physics, is one of the core principles of The Blue Economy. With a diameter of only 0.2 mm, this needle is the slimmest on the market. A physics and material science professor claimed that such a thin sheet of metal, combined with the 20 percent reduction of the tip to create the desired conical shape, could not be rolled up in mass production. However, Okano-san invented a new production approach, micro-stamping the sheet prior to rolling the metal, preparing an easy set-up for mass output. Then, Terumo engineers designed tapering equipment to finish off the manufacturing process bringing the needles on the market with a unit sales price of approximately 25 cents. While this medical device costs more than the average insulin injection system, the elimination of pain is a tremendous relief for the diabetic patients, and anyone else having to submit to regular (or even just one) injection(s).

Terumo went commercial in 2005, and quickly penetrated the market with its Nanopass 33 needle. The company established a milestone. Actually, the Nanopass 33 needle is probably in unit sales the most widely product directly inspired by a geometrical design borrowed from nature. Those of us who ever wondered what the contribution of a mosquito could be to the web of life, have to admit that the elimination of pain, which consequently opens up painphobic people around the world to more effective preventive medicine, is a marvelous gift from the mosquito. And, as Terumo can ascertain, it is good for business as well.

The mass manufacturing has not only standardized products worldwide, it also enforced a simplified design. Since the manufacturing of something in a straight line, and with a 90 degrees angle is supposedly cheaper and faster, permitting higher volumes at higher speed, production engineers were seldom drawn to innovations that change the angle or the line into complex appearances. The shift from cylindrical to conical shapes opens up a completely new world with massive potential for innovation in multiple sectors. Okano-san’s breakthrough – which earned him the nick name of the magician- announces the advent of instant prototyping, based on non-linear mathematics. This connects creative design and manufacturing bringing to fruition many opportunities to innovate based on geometry, mathematics and physics. Terumo’s success in pain controls is certainly a first – but not a last – popular application of this wave of innovations. We can easily imagine the impact if this could be combined with several breakthrough processes that have been described in previous cases.